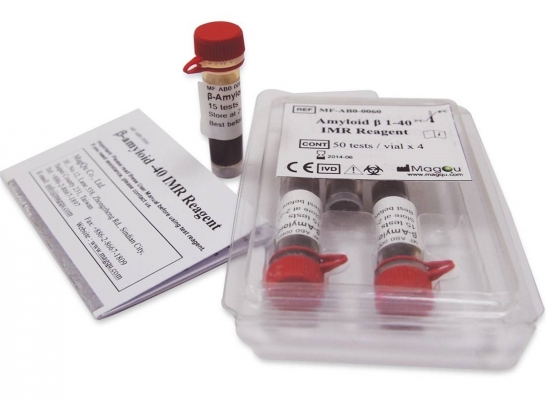 The Amyloid β 1-40 (Aβ1-40) IMR Reagent is used to quantitatively measure Aβ1-40 protein in human fluid specimen, such as plasma. Use Aβ1-40 IMR Reagent only with the XacPro-S System (MagQu Co., Ltd.).

Amyloid β (Aβ or Abeta) denotes peptides of 36–43 amino acids that are crucially involved in Alzheimer's disease as the main component of the amyloid plaques found in the brains of Alzheimer patients. The peptides result from the amyloid precursor protein (APP), which is being cut by certain enzymes to yield Aβ. One of the most common isoforms is Aβ1-40.